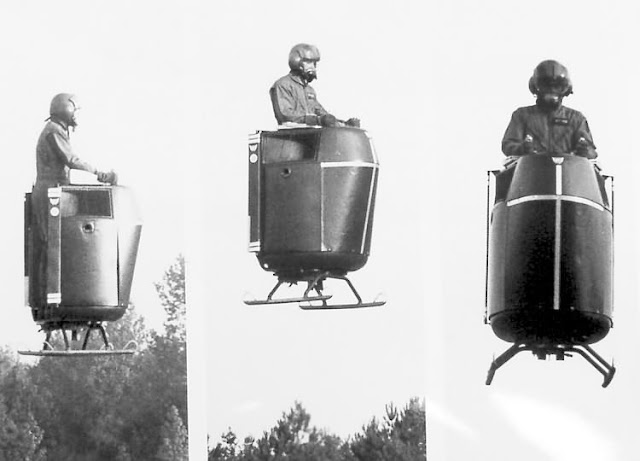 A stunning array of technological innovations has been woven into the day-to-day fabric of early-21st-century life: clothing made from recycled plastic Coke bottles; phones that run on high-frequency microwave radiation; snack-food science capable of containing such unruly forms as s'mores and peanut butter and jelly within the confines of a toaster pastry. Yet for some of us, such marvels are slim compensation for the unrealized possibilities of another device, one promised throughout childhood and never delivered. Where are our jetpacks?

The iconography of the jetpack -- a rocket-powered backpack offering its user the power of solo flight -- stretches back to Buck Rogers comic strips of the late 1920's and recurs in Walt Disney's 1950's Tomorrowland, James Bond's gadget-filled films and the skyways of the city where the Jetsons make their home. By the early 1960's, the jetpack was such a familiar pop-culture image that it had become interchangeable with the very idea of the future -- to mention one was to invoke the other. Yet still we find ourselves, in the year 2000, traveling by conveyances of the last century rather than soaring happily above the treetops. What happened? Where are our jetpacks?

The Williams X-Jet, created by Williams International, was a small, light-weight Vertical Take Off and Landing (VTOL) system powered by a modified Williams F107 turbofan aircraft engine. This vehicle was nicknamed "The Flying Pulpit". It was designed to be operated by and carry one person and controlled by leaning in the direction of desired travel and adjusting the power. It could move in any direction, accelerate rapidly, hover, and rotate on its axis, staying aloft for up to 45 minutes and traveling at speeds up to 60 miles per hour (100 km/h). It was evaluated by the U.S. Army in the 1980s, and was deemed inferior to the capabilities of helicopters and small unmanned aircraft.
Other VTOL systems developed by Williams International included a jet-powered flying belt developed in 1969, which was powered by a Williams WR19 turbofan, and the WASP (Williams Aerial Systems Platform) developed in the 1970s, which was powered by the more powerful WR19-9. 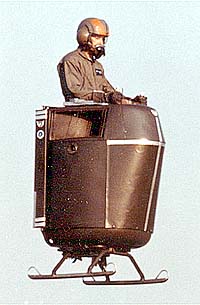 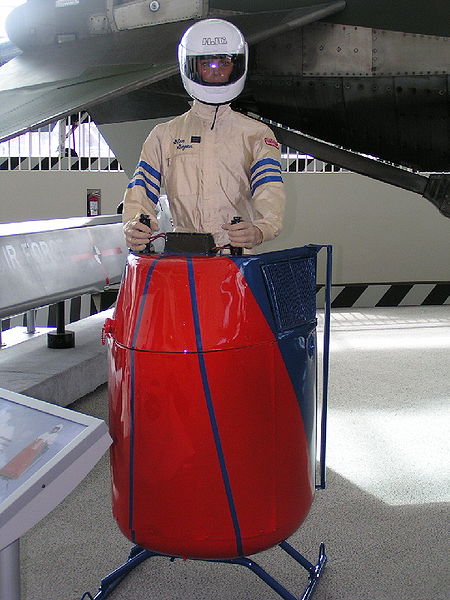 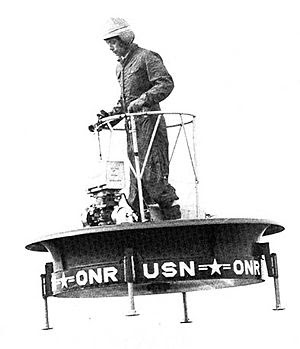 The Hiller VZ-1 Pawnee (U.S. Army designation; earlier Army designation: HO-1) was a unique direct lift rotor aircraft, using contra-rotating ducted fans inside a platform that the single pilot stood upon for lift, and controlled by the pilot shifting his body weight around to tilt the platform. The platform was developed starting in 1953 under an Office of Naval Research contract to Hiller Aircraft Corporation, and flew successfully starting in 1955.


Hiller VZ-1
The original concept had been developed by Charles H. Zimmerman in the late 1940s. Further elaboration followed, both by Hiller and the De Lackner Company.
There were two main models, the ONR model the 1031-A-1, and a somewhat larger VZ-1 Pawnee model produced in 1956 for the U.S. Army. Three of each model were built as prototypes. Neither of the variants was put into production.
The smaller models used two 44 horsepower Nelson H-59 piston engines. The larger models used three of the aforementioned engine and had an extended duct area. The largest variant had ineffective "kinesthetic control" and instead had the operator seated on a platform controlling the flight with conventional helicopter controlsDue to aerodynamic effects in the duct within which the propellers rotated, the platform was dynamically stable, even though the pilot and center of gravity of the platform were fairly high up. In testing, the prototypes flew well enough, but the U.S. Army judged them to be impractical as combat vehicles as they were small, limited in speed and only barely flew out of the ground cushion effect.
Two of the six prototypes are known to survive today — one ONR smaller model at the Hiller Aviation Museum in San Carlos, California, and one VZ-1 Pawnee model at the National Air and Space Museum in Washington, D.C. The latter craft was formerly on loan to the Pima Air Museum
.
General characteristics
Performance
Armament 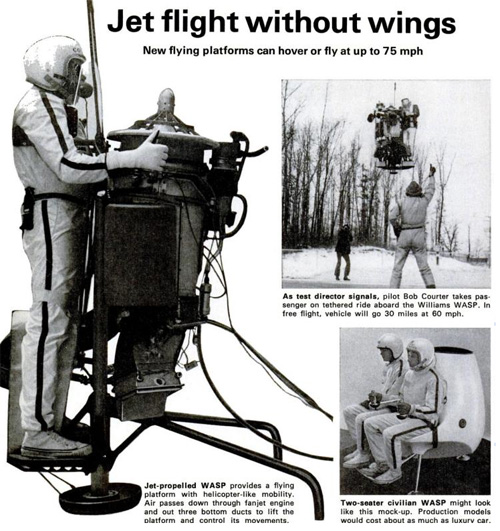 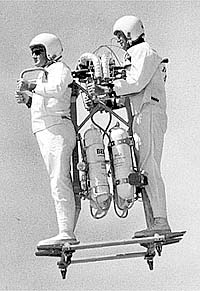 Email ThisBlogThis!Share to TwitterShare to FacebookShare to Pinterest
Labels: Vertical Take Off and Landing (VTOL) systems