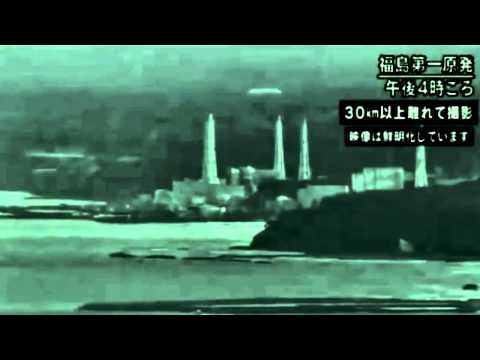 There has been an increase in UFO sightings in Japan before and after the earthquake in March and April 2011. Wonder why?
'A number of UFO sightings, some coinciding with the natural disasters that happened, were videoed in Japan over the past month.

A week before the 9.0-magnitude earthquake, on March 3, four UFOs were filmed hovering over the Haneda Airport. The four objects, three appearing as individual lights and the other appearing as three lights closely next to each other, stayed still in the sky during the video while airplanes flew by.

During the devastating tsunami and earthquake on March 11, multiple UFOs were sighted. In live news footage of the tsunami, objects moving rapidly against the advancing waves can be seen jetting off into the distance or ascending rapidly out of sight.

In addition, a live CNN news segment shows an object hovering close to the damaged nuclear reactor in Fukushima. The object hovers very low and close to the billows of smoke rising from the reactor, before slowly moving off and disappearing.

UFO sightings coincided with numerous eruptions of the Sakurajima volcano that also occurred on March 11. As seen from several angles of live streaming survey cameras, UFOs hover close to the volcano during its eruption, and bright lights travel at the base of the mountain. A similar sighting was spotted during the eruption on April 3, during which large blue and green orbs were also seen appearing from time to time.

Similar footage of large UFO formations from the same cameras was posted following the volcano's previous eruptions in November and December of 2010. Bright orbs can be seen descending toward the volcano and hovering above it for extended periods of time.

While filming an aftershock around 5 a.m. local time on March 12, a YouTube user saw a diamond-shaped bright light moving in the sky in a way that's different from helicopters. The user commented on YouTube that he or she observed the sky the next day, and couldn't find a star at the place where the UFO was spotted.

On March 21, a black object was seen in the sky, seemingly rotating and changing shape, sometimes being round, sometimes donut-shaped, and sometimes like a spiral wing.

Email ThisBlogThis!Share to TwitterShare to FacebookShare to Pinterest
Labels: UFO Sightings in Japan 2011